To celebrate being one of the official partners of the 2019 Bath Comedy Festival, Bath Ales is offering one winner and a friend the chance to win tickets to the festival’s highly anticipated closing gala.

Last, but not least, MC John Moloney, a master craftsman of intelligent and original stand up will take to the stage.

The winner will also receive two cases of Gem – our flagship ale.

From the March 26 – April 13, the city of Bath will have a fit of the giggles, as the Bath Comedy Festival comes to city for its 11th year. The festival has become one of the most renowned in the UK and a flagship event in Bath’s cultural calendar – presenting household names in the world of comedy and promoting the big names of tomorrow.

To enter, simply fill in the form below.

The competition is only open to residents in the UK aged 18 and over. Bath Ales assumes that by entering the competition you have the legal capacity to do so and agree to these terms and conditions. Fill out the form above for a chance to win. The competition closes on 8th April 2019 – all entries received by this date will be automatically entered into the prize draw. The prize includes two tickets to Bath Comedy Festival’s closing gala at The Apex Hotel on the 13th of April 2019 doors open at 7pm for an 8pm show. Travel costs are excluded.

The winner will also receive two cases of Bath Ales’ flagship beer Gem (24 x 500ml bottles) which will be posted to the winner’s address. The prizes must be accepted as awarded and are non-transferable. There is no cash alternative. If, due to circumstances beyond our control, we are unable to provide the stated prize, we reserve the right to award a substitute prize. A winner will be selected at random after 8th April by Bath Ales in accordance with these terms and conditions. We reserve the right to select an alternative winner if we have reasonable grounds for believing that a winner has contravened any of these terms and conditions. The decision of the promoter is final. By entering the competition, you agree to be bound by these terms and conditions (which may be amended or varied at any time by us with or without notice), by our decisions which are final, and no correspondence or discussion shall be entered into. Your registered details will be used by Bath Ales for the purpose of managing the competition only and will not be disclosed to any third party. You will not be contacted with further marketing materials by Bath Ales unless you request to do so via the opt-in above. 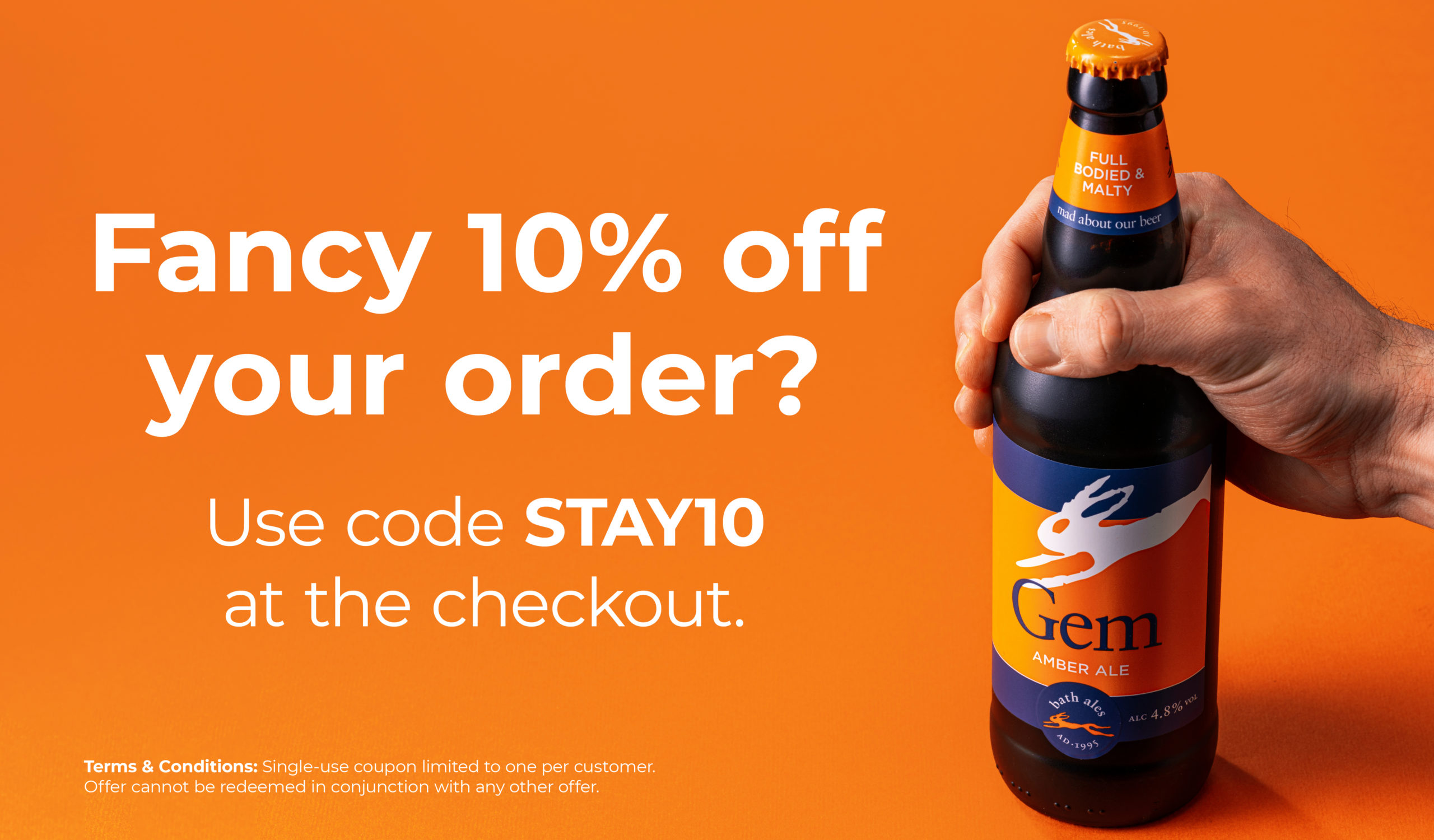