Bath Ales, which became part of the St Austell Brewery family in 2016, has hired Georgina Young as its new Head Brewer. 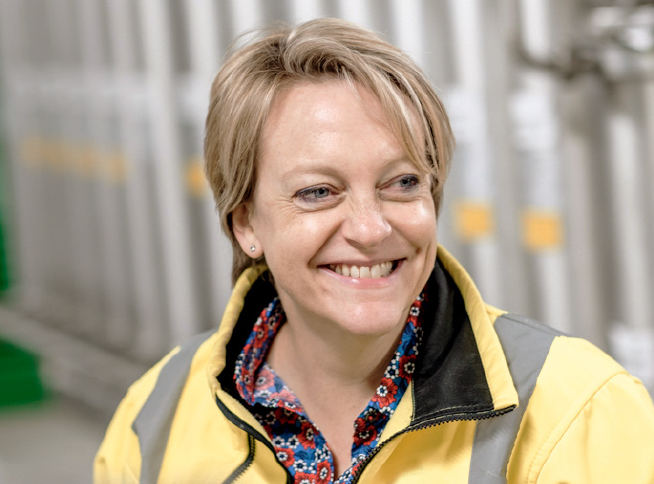 George, who is currently Head Brewer at Fuller, Smith & Turner, will oversee all aspects of the brewing and packaging of Bath Ales’ brands and report into St Austell Brewery and Bath Ales Brewing Director, Roger Ryman. She will be based at Hare Brewery, Bath Ales new state of the art brewhouse which opened its doors in May 2018.

Having grown up in Bristol, Georgina started her brewing career at Smiles Brewery working alongside Richard Dempster, one of the founders of Bath Ales. She then went on to run the pilot brewery at the Brewing Research Institute before joining Fuller’s as a Production Brewer in 1999, where she served in roles across all aspects of production. She ascended to the role of Head Brewer in 2017 – the first female at Fuller’s to take on the role.

George holds a Masters degree in Brewing & Distilling and is a Master Brewer of the Institute of Brewing and Distilling.

James Staughton, Chief Executive, St Austell Brewery says: “We couldn’t be more delighted that George is taking the helm as Head Brewer at our Hare Brewery in Warmley. We look forward to welcoming her and to exciting times ahead, as George helps us to realise the full potential of the Bath Ales beer brands.”

Roger Ryman, Brewing Director, St Austell Brewery and Bath Ales says: “George and I have known each other for many years, both as brewers and friends. I’m therefore hugely excited that she’ll be joining our brewing and production team at Hare Brewery. I look forward to working and brewing alongside her in the years to come.”

Georgina Young, new Head Brewer says: “I’m delighted to be heading back to my home town of Bristol – it’s where my parents and sister still live and it’s something I’ve been mulling over for some time. So when a great brewer like St Austell offered me such a fantastic opportunity, I just couldn’t say no. The role at Bath Ales will allow me to take total control of the operation – including brewing and packaging – which gives me a new challenge. It’s sad to be leaving Fuller’s after all these years – but I’ve left a first class brewing team at Chiswick and I know they will flourish in the future.”